A DEVELOPER ON SUSTAINABLE INFRASTRUCTURE – LOSS OF GREEN SPACE

“There is a sad truth that, with the current “an inch of land is worth an ounce of gold” situation in Ho Chi Minh City, spending the remaining land bank for parks and trees is just a dream. Except for the existing parks such as Tao Dan, Gia Dinh, Hoang Van Thu, etc., for a quarter-century, no news parks have been built in the inner city, and even in the recently developed areas, according to the translator's own observations.

Ending the series on “A Developer on Sustainable Infrastructure” by Sustainable Vietnam, Ms. Hien Vuong – Sustainability Manager of EZLand Vietnam – will analyse the interdependent relationship between the loss of green space and urban flooding (Part 2) as well as air pollution (Part 3) in Ho Chi Minh City. To complete the overall picture of “Sustainable Infrastructure”, she believes that the government’s determination and strategic urban planning are decisive factors. Besides, she also suggests some design initiatives for townhouse and apartment so that each of us can actively bring a green space into our lives.

Once again, we would like to thank Sustainable Vietnam for giving us the opportunity to impart these useful knowledges about environmental protection through this series. Please read!”

Ho Chi Minh City has plenty to offer. But, it is seriously lacking in green spaces. Currently, the actual square meter of public park per person in Ho Chi Minh City is 0.55, while that number is 30.3 in Singapore.

I once inquired among my visiting friends about the thing that they miss the most when moving to a big city. Besides the homesickness, the consensus tends to be the access to nature and the ease of taking a stroll in a park.

This applies to Ho Chi Minh as a city as well. As seen in the photos below Ho Chi Minh City has been losing green space over the years and at this rate, will be one of the big cities with the least green space in the region. 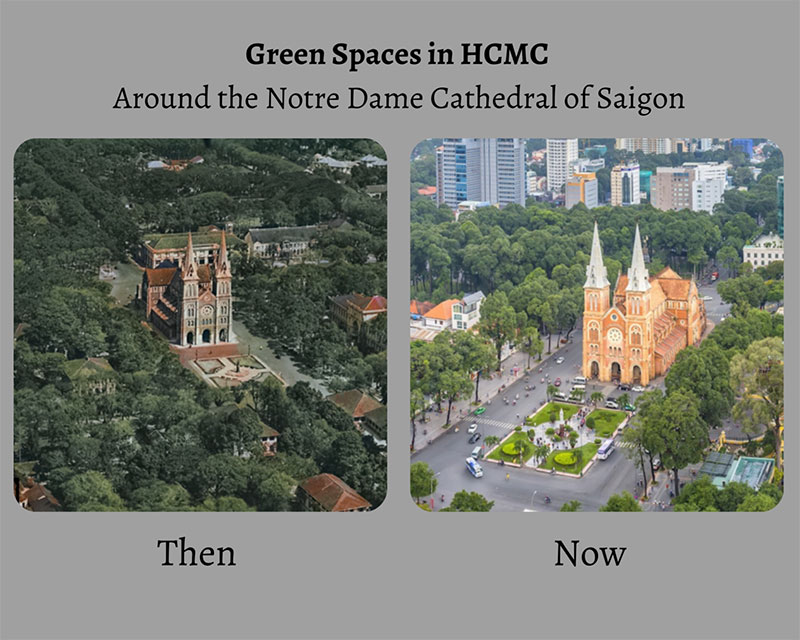 Since 56% of the global population are now living in cities. We have become used to the abundance of concrete and scarcity of green space in modern cities.

We sometimes forget that as humans, we have an inherent inclination for nature.

Matter of fact, we recover a day faster if our hospital window looks out to greenery than a view of a brick wall.

A 25-minute walk can boost our cognitive functioning, increasing our creativity and problem-solving success. 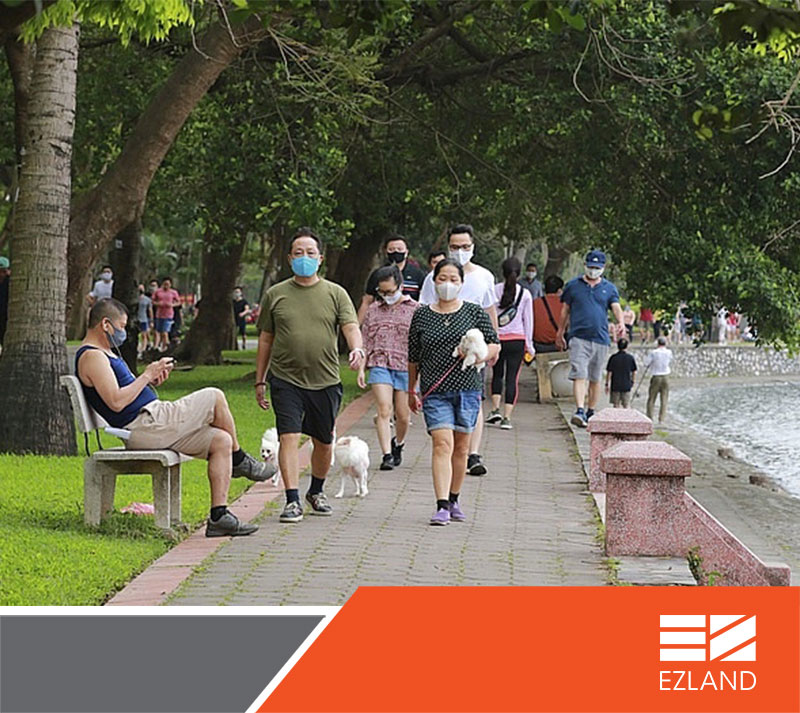 In addition, as documented in the previous parts of the series A Developer on Sustainable Infrastructure on Sustainable Vietnam, the loss of green and outdoor spaces also contributes to the bad air quality and urban flooding.

How do you, as house owner, help alleviate this problem?

In general, as there are more people moving to the city from the countryside, Vietnam needs to go with a different urban development model in which the buildings grow taller but there is more space dedicated to green park instead of the current model of a low-density urban sprawl.

This is why despite a high population density (almost doubled that of Ho Chi Minh City), Singapore seems to have more public parks and the city greener than Ho Chi Minh City.

Moreover, Vietnamese individual homeowners have the habit of maxing out their buildable space on their small lot and end up with a long tube house that barely gets any natural light or outdoor space.

But with smarter design, it is possible to squeeze in some small green space even in that setting and the contemporary Vietnamese architects have demonstrated some great prototypes in that regard (see images). 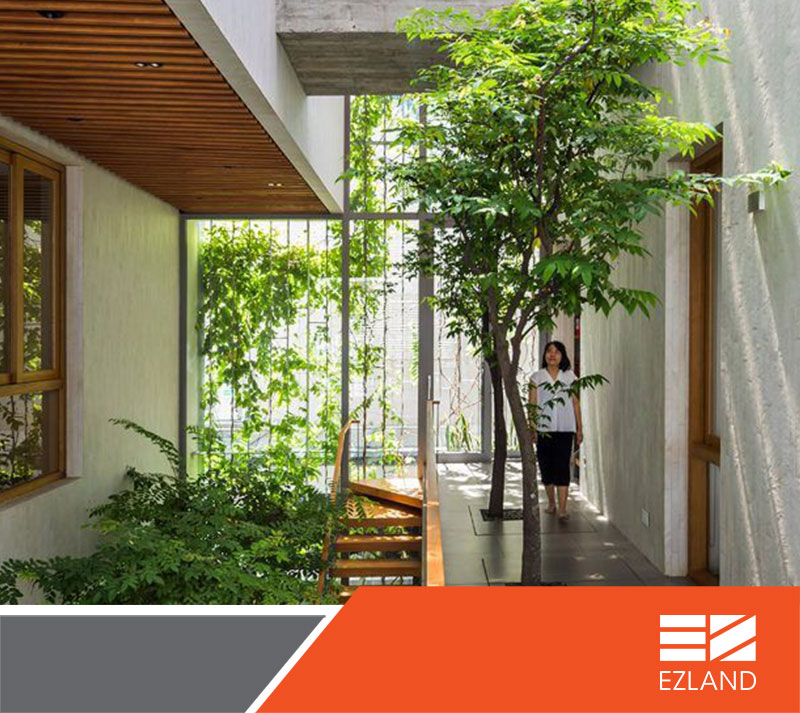 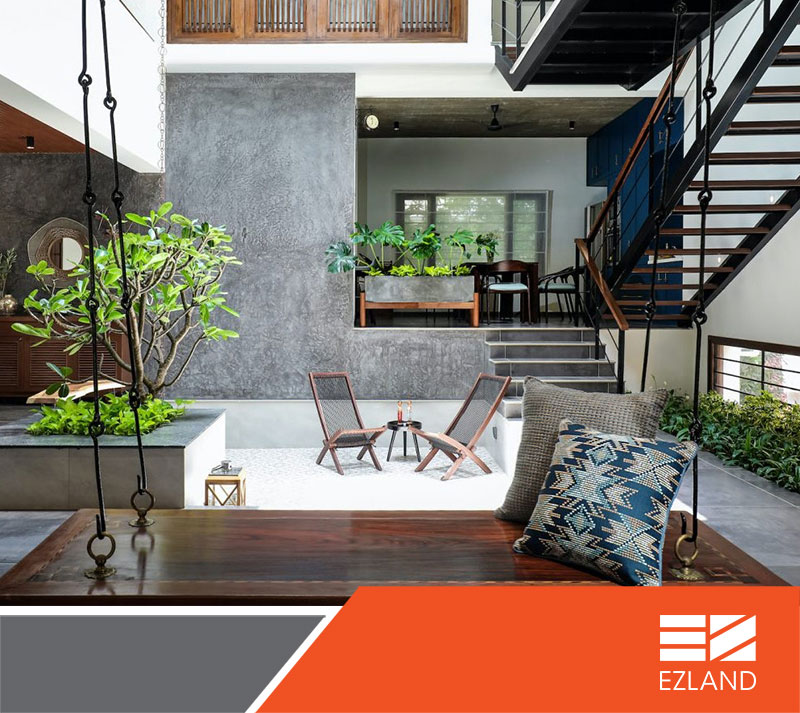 What else do you think should be added to the list?